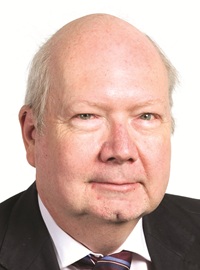 We have been informed about the sudden death of Cllr Peter Brayshaw who was found in his flat in the Curnock Street Estate.

The St Pancras and Somers Town councillor, 67, was found dead at his home in Camden Town with the cause unknown.

Council leader Councillor Sarah Hayward said: “The whole of Camden Labour is shocked and saddened by the death of our dear comrade Cllr Peter Brayshaw’s. Since we learned the news the words most commonly used to describe him have been have been wise and kind. There is no more fitting tribute. Peter was a huge support and an incredible source of information and advice for so many of his colleagues. His wisdom and knowledge were garnered through his decades of public service, both as an officer in local and regional government and as a Labour councillor, and I personally have valued his support and advice on many occasions.

She added: “Peter returned to the council in 2010 where he worked tirelessly to help us make the best of the terrible situation meted out on us by government. His scrutiny, challenge and ideas improved our decisions. Peter served three times as a councillor – since 2010, in the mid 2000s and in the early 1990s. In all three spells he was known as assiduous, able and Labour to his core. Peter was one of the fairest people in politics. If he agreed with you it wasn’t to garner favour it was because he believed it was right, if he disagreed he did so honestly and without future prejudice.” 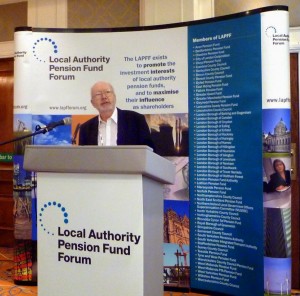 “Outside the Town Hall Peter was active in so many ways and contributed on everything from his own Tenants and Residents Association to the campaign to end South Africa’s apartheid regime, latterly he was national vice chair of Action for Southern Africa. If Peter saw an opportunity to help people, he took it. One of his most recent campaigns was to be a leading voice the so-called “shareholder spring”. Peter was a key member of the Local Authority Pension Fund Forum whose members are major shareholders, to challenge multinational institutions over their business practices. We will all fondly remember kind and wise Peter Brayshaw.”