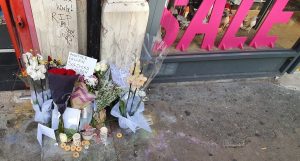 Another young man was murdered in Camden High Street while at the same time numerous dealers are in control of Camden Town. Police seems to be unable to control the situation since there were three murders in five days.

The empty words and marketing exercises from the police won’t bring back to life those who were murdered on the streets. Fifty police officers will be in Camden for ONLY this weekend. What about the rest of the year? Does Raj Kohli who is the Borough’s Commander thinks that those empty words and pointless activities will help communities to deal with the dealers who are abusing residents?

The question is:  Who is in control of this city, police or the dealers?