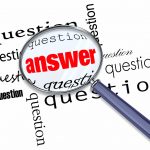 Mr Paul Leavey, Quality Assurance Team Leader, has replied to our emails and he provided us with a very comprehensive response to our questions regarding the planning application 2016/4112/P

Please accept my apologies for the delay in responding but I will try and address as many points as a I can in the emails below. First of all, the works are not being undertaken as the result of a recommendation by the London Fire Brigade; rather the London Fire and Emergency Planning Authority has served a number of “Notification of Fire Safety Deficiencies” (or enforcement notices) relating to 7 blocks in Curnock, on Camden with a target date to address these deficiencies, an example of which is attached. Please note, an extension has been granted until February 2017 due to the requirement to gain Planning approval and consult with residents.

As advised in the notice this is under their authority under the Regulatory Reform (Fire Safety) Order 2005, which came into effect in 2006. This brought together various legislative acts relating to fire safety. As a Landlord we have responsibility under this legislation to minimise the risk from fire in communal areas or “means of escape” which would include ensuring that doors etc. on these areas are adequately fire rated and, for example, combustible items are not stored in these areas. Leaseholders, also have some responsibility as a “relevant person” such as not to do anything to their demised dwelling that could compromise the means of escape, although this is not relevant in this case.

The notices also required Camden to install emergency lighting but we have decided to install photo-luminescent way-guidance and signage which is acceptable to provide the levels of luminescence required in the event of an emergency. This will also eliminate on-going servicing and maintenance costs.

As a result of the first notices and the original target date we informed the enforcing officer that we have reviewed all the blocks on the estate and would address all the issues identified in the notices for all blocks. We also recommended, when seeking funding for the works, that leaseholders should not be charged for the replacement of the doors and that these would in effect be “gifted” to leaseholders. This “gifting” was on my understanding that the flat entrance doors were owned by and were the responsibility of leaseholders. We also recognised that the existing doors and frames were in generally good condition and were it not for the fact that they are not fire-rated would not require replacement for some time.

The other works to replace store-room doors, installing the photo-luminescent way-guidance and signage and other fire-stopping of openings etc. was calculated as being below the threshold requiring leasehold consultation.

In regards to the windows, these do not require to be fire resistant as generally residents should be able to safely pass below them while evacuating. However, our review identified that the height of the windows was 900mm rather than the current Building Regulations requirement of 1100mm. Camden will put all of the windows onto a future works program to be brought up to current Building Regulation standards in the next future works improvement program for these blocks. As things stand the buildings’ windows are at a height that was relevant to the regulations at the time it was built (900mm) so there is still a level of protection and it is not a significant high risk at 900mm.

In regards to the replacement of your flat entrance door, following the fire, through the insurers, Zurich, I can’t advise why they didn’t replace it with a fire rated door if this is on a means of escape. This may be something you would have to raise directly with them but I will advise our Insurance Dept. of this. I am not sure what if any action they can take but will ask them to inform you.

I am not aware of other incidents where flat entrance doors, on a means of escape, have been replaced with non-compliant doors but we have made contract managers aware that they should be reviewing Fire Risk Assessments and seeking advice from the team when carrying out such work. We will continue to remind and train staff on this. I am certainly sorry to hear if this has happened.

I also sincerely apologise to all residents and the Ward Councillors for not notifying you of the notices and the need to carry out these works before the Planning application was made. It was our intention to do so and I will be reviewing this with the team. We will communicate with all residents on this matter and I hope you will note improvements in the future in this regard.

I hope this has addressed your enquiry and again apologise for the poor communication on this matter for which I accept responsibility.