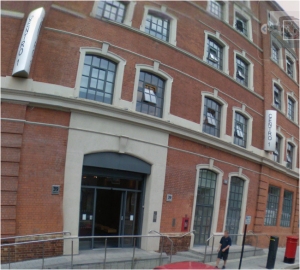 20-06-2009 16:40 Mary Davidson (Team Manager of Planning,Culture and Environment) sent us an explanation for the confusion regarding the residents phone calls. Read her letter by clicking here.

20-06-2009 13:56 Casey Ramos-Violante responded to Cllr Roger Robinson’s e-mail saying that she has “…requested that Jim Foudy, Head of Regulatory Services investigate a respond to your query.”

10-06-2009 21:49 Cllr Roger Robinson sent another e-mail requesting more information regarding the questions that we sent (see below).

1) The party was held by Hugo Boss.
2) The exact address is 39 Plender Street.
3) This party is an annual occurrence and always causes nuisance to local people.
4) The bouncers who were hired by Hugo Boss told us yesterday that they had a license for the party. However they refused to show us the license and also to provide us with a contact name for the party organiser.

The folowing questions were sent to Camden Council and some councillors:

1) Considering that there have been complaints about this party in previous years, it would be interesting to discover who in Camden Council, if any, issued the current license.
2) We would like to ask Camden Council who residents can contact in the evening (Sunday to Thursday) when they have a problem with a noise.

10-06-2009 14:04 Cllr Roger Robinson spoke with the Environmental Health team. They are taking action and will be in contact with Centro Ltd at 39 Plender Street.

The lady also confirmed that they are open only on Friday and Saturday evenings. At all other times you will have to call the 020 7974 2090 number on the following day and log your complaint.

Today, a company based in the Centro building (39 Plender Street) decided with the Camden Council’s blessings to keep all the residents AWAKE with its party that started at 19:00 and it is still ON (23:15).

Many residents have called the Camden Council which redirected us to the local police.

Local Police ask us to call this number: 0207 6416000. Useful number if you live in Westminster but otherwise useless.

When the police was called again they told us that they can not do anything and they ask us to call the Camden Council.

When the Camden Council emergency team was called back they advice us to speak with the Mobile Security Patrol. When we contact them they promised to send someone.

At 22:24, the Mobile Security Patrol was called in order to ask for an update. They told us that they know nothing about the problem and that they are not responsible for this kind of things.

At 22:27 Camden Council emergency team was called again. They informed us that they can not do anything because according to the Camden Council “anyone can do as much noise as they want as long as it is not between Friday and Sunday”. Only between Friday and Sunday they can send someone to stop all those people or companies that make noise. They logged our complain (REF:116872) but they promised to do the thing that they do best: NOTHING. A big fat NOTHING!!!!!

At 22:39 the Police was called and they informed us that the Camden Council MUST have someone to deal with the noise. According to the Police: “ONLY Camden Council has the authority to stop this nuisance.” The problem is that nobody works at this time in Camden Council. They also gave us this phone number: 0207 9742090. Needless to say but that number is only useful if you need to complete an application form for planning permission!!!!!!!!!!!!!!!!!!

At our last attempt with the Police someone promise to inform the local police station. In plain English that means: They will do NOTHING.

This content is restricted to site members. If you are an existing user, please log in. New users may register below.