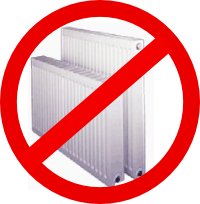 Today the hot water as well as the central heating has not been supplied during the Christmas holiday break.

The Housing Repairs Team has been contacted at 09:09am.

Read the updates below.

Despite Mr Michael Richard’s proclamation: “The temperatures are coming up at present but in the extreme weather the system will struggle on two boilers at peak times.”, hot water and heating has failed again today during to usual December temperatures (currently 3 degrees Celsius at 9.45am – neither extreme or peak).

Obviously there are major problems with the boiler system. There is a current report (November 2010) concerning the health of the boiler and pumping system which has been written by an independent specialist/engineering company which has been delivered to Mr Michael Richard.

I have requested under the Freedom of Information Act a copy of this report but this request has been denied by the council.

The contents of this report obviously affects the health and well being of the residents of the Curnock Estate who are constantly suffering the badly managed boiler system. Why has so much of our money been invested on thermostats to regulate hot water when there is no hot water to regulate?

I would encourage all the Councillors to push for access to this report in order to see where the Curnock Estate hot water and boiler system currently stands.

Meanwhile please can pressure be put on the engineering teams to provide hot water and heating for the rest of this Christmas and New Years festive season?

I can tell, you that for the days before and leading up to Christmas Eve I phoned and phoned every hours or so the Repairs dept and was assured on Xmas Eve that the hot water would be up to 40 degrees that evening and improve …..I phoned and assure you also kept in regular contact with Susan Gorrie of the Curnock TRA over those days.

• I am formally asking now for receipt by the ward councillors of that the report on why the boiler system is not working correctly on this and other estates ( I also had to deal with Oxenholme on the Ampthill estate where the heating and hot water went and it was then back in time for Xmas)….I have asked that we have a proper evaluation well in advance of any Xmas break of the boiler and heating systems on all the estates in Camden to avoid my phone going on and on every Xmas with complaints…..

I will phone Repairs now.

Emergency Repairs have told me when I phoned just now that the hot water should be on by 12 noon and the engineers are there now to sort it out.

I will continue to check throughout the day.

I have just spoken to the GD Higgins contract manager regarding the loss of service and he will contact the callout engineer for an update. The plant was checked on both Christmas day and Boxing day by the manager and was up to temperature on both days. The issue on Friday which me and John Stow were dealing with was hot water only to just Ravenscar. When I checked the temperature at the tap at the far end of the block it was 40C during the afternoon. This was relayed to you by John Stow in a phone call.

There are plans to install an additional pump on the end of the hot water run later this week. This will be a temporary measure until an upgrade of the main pump for that zone can be carried out (no pump available on Christmas Eve)

The report on the heating pumps that the residents mention was sent by me to Camden’s section dealing with Freedom of Information requests. I can see no reason why it has not yet been received by the residents but if this is the case then he would need to take up with whoever he was dealing with in that section.

The Ampthill Estate has not been handed back to Camden M and E from the capital scheme and is still with Apollo Capital. The Camden project manager for this site is John Burton.

The M and E team did assist on Christmas Eve as only option available.
Sorry to hear that you have been receiving calls but the residents should be calling repairs to report faults as they occur.

Like you have mentioned in your emails, if there are failures then the tenants must report to the repairs team so that we have a clear audit trail and that orders are raised to right contractors, properties and for the particular work stream.

Thank you for replying whilst on leave but try and have sometime with the family now and pass over any issues onto me if you prefer.

Please note that the boiler failure this Christmas period was reported (at 09:09am) in the first instance to the Emergency Repairs Team as per the usual procedure. However with the benefit of 10 years of experience it is only when a wider circle of people (more influential than the residents) get involve that any prompt action is taken.

It is unfortunate that people have had to once again maintain the boiler room on the Curnock Estate during the Christmas Holidays. However since you do not seem to be able to adequately maintain the system this is likely to continue to happen for ever. In the meantime as well as your colleagues having to work at such times, residents also expect to have a miserable Christmas (no hot water, no heating, noise nuisance, etc). In particular my health has suffered during the last 3 months with the constant stress regarding the noise nuisance.

For your information, we did not have hot water for 22 days last year and for that reason the Camden Council had to compensate me £55 for the loss of service. More information about this can be found on the following link:

Regarding Mr Michael’s reply on Bank Holiday 28th of December 2010 regarding the report, I was surprised that he chose to respond to the report on this day. This is because he has not replied to my direct e-mails concerning this report on any of the following dates:

It may be construed by residents that Camden Council, is playing for time, in releasing the content of this report so that when the report is finally released it would be out of date.