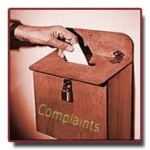 In the last couple of months the residents of the Curnock Estate experiencing problems with the hot water temperature. We placed an official complaint which was UPHELD.

Further to the Councillors and residents emails I would like to make clear that the Curnock Estate residents have been suffering continuous problems with the hot water for much longer than the 2 weeks that Mr Michael stated in his letter last week. The problems started around the 3rd January 2012 .

I would like this whole situation to be treated as an official complaint (please provide reference no) and I will also forward this email to the local MPs and newspapers.

I am looking forward for your replies. Hopefully you will find some time in your busy schedule to reply to us (more than 1000 residents).

Could you please send me the reference number for my complaint regarding the loss of hot water for the last 40 days?

Your original communication yesterday to Pat O’Neill and others was copied on to the housing complaint office. On checking this morning I note that as yet there has been no complaint registered by the housing department about the loss of hot water over the last 40 days. Mr Chambers would be able to register a Local Resolution level complaint from you and so I have copied him in to your reminder to be told of the complaint number.

Thank you for your e-mail which I have logged as a formal complaint with the reference number 7603812.

This means that we are now dealing with your complaint at the Local resolution stage of our complaint procedure. I have asked our customer assurance team to respond to you by 8 March 2012. If any delay is likely to occur we will contact you and let you know. (Please note that although you may not get a formal written reply until 8 March I have already asked the managers concerned to see what can be done to restore your hot water as a matter of urgency).

If you have any questions please contact me on 020 7974 1972 or email Trevor.Chambers@camden.gov.uk.

The original document can be found HERE

Thank you for your letter of complaint dated 25 February 2010. I am sorry that you have found it necessary to complain about a council service. We are taking customer complaints seriously and value your comments as we strive to improve the service we provide to our customers.

In summary, your complaint is about the length of time it has taken Camden to resolve issues relating to the loss of hot water on the Curnock Street Estate. You advise that the problem started on 27 January 2012 and you have had difficulty establishing the reason for the loss of hot water despite making numerous calls to “Contact Camden” and Camden’s Partnering Contractor, Apollo Ltd.

I would first like to take this opportunity to apologise for the shortfall of service to the residents of Curnock Street Estate.

I understand from the Mechanical Services manager, Mr Richard Michael that a letter dated 3 February was sent out to all residents explaining that we are aware of the low hot water temperatures and were trying to resolve the issues at hand.

The issue with the loss of supply was complicated and not easily identifiable. It was initially thought that the system required de-scaling and arrangements were made with Apollo to undertake this work. Matters were further exacerbated following a power outage over the weekend of 28/29th January when the adverse weather conditions combined with a power outage affected the controllers. This had a significant impact on the system.

Much investigatory works involving a number of personnel were directed to resolve the issues at hand. In addition, a specialist consultant and contractor were employed to assist with the investigations. Having completed a comprehensive investigation and some additional exploratory works, I am pleased to be able to report that we have now concluded our investigations and major works are planned for the system which will rectify this regrettable situation.

A letter dated 28 February 2012 has been sent to all residents explaining that subject to material delivery; Apollo estimate that work will commence within 14 days of the date on the letter. The duration of the works will be approximately four weeks from commencement and they will not cause any disruption to the current service. On completion of the works, we expect the temperatures to be fully restored and in addition that there will be an increased capacity which would prove beneficial to the residents. The system will also have additional capacity over a higher diversity range.

It is accepted that we could have communicated better with residents by sending regular updates and we also acknowledge that the lack of information when calling “Contact Camden” did not reflect well on the service that they are striving to provide. This failure in communication has highlighted that the procedures need to be reviewed and consultation is underway on how to be more pro-active in terms of communicating with our residents and key departments throughout the council.

We are considering the level of compensation for affected properties. This will be calculated and all LB Camden tenants and leaseholders will be informed of their entitlement under a separate cover when the remedial works and testing have been completed.

I would like to conclude by reiterating our sincere apologies for the disruption. I appreciate that these are difficult conditions however; I do hope that the measures outlined in Apollo’s letter dated 28 February 2012 will assure you of our resolve to remedy the issues with the hot water service as soon as possible.

I have considered all the information available and have come to the following conclusion. I am upholding your complaint because of the failure in service. As previously stated, we are sorry for the distress and inconvenience caused to residents however; would like to assure you that we are taking the necessary steps to deal with the problems.

If you are dissatisfied with my decision you can appeal to the Chief Executive. The Chief Executive’s Central Complaints Unit will investigate your complaint; they are independent of the service you are complaining about. They will send you a report of their investigation within 25 working days.