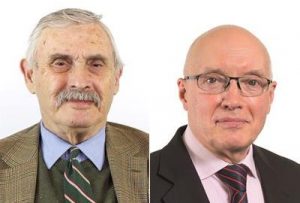 Labour councillor Paul Tomlinson has been blocked from standing again “… after speaking out against a skyscraper of luxury flats being built on a rare bit of green space in Somers Town. Paul Tomlinson, who has represented the ward since 2015, is understood to be the first of as many as six of the party’s councillors who have been told they are not welcome to stand again.”

It seems that if you express your opinion and represent the interests of your voters then you are not welcomed in the Labour Party! Cllr Paul Tomlinson has supported the residents of this estate many times and he was always around to help.

Please also have in mind that Cllr Roger Robinson, another Cllr who has supported the residents of this estate for decades, has also been blocked from standing again from the Labour party. Read more at Camden News Journal – 2nd December 2021

Also read this article from Camden News Journal – 10th December 2021 (“Labour only wants yes-men, says blocked councillor”) showing the way Labour Party is treating the councillors that are representing the people on this borough.