Last July, it was agreed after many months of negotiations that this area will be improved with a selection of special plants in order to reduce the ASB (loitering, drugs, homelessness, etc). Curnock Street TRA has met council officials many times on site and the plans were finally agreed by Bronagh Todd, Jonathan Windsor and Lavinia Menicucci.

After many months on inactivity (July to November 2021) and countless emails, the council removed the original bricks on 22nd November 2021. The contractors reported that there is a concrete below the bricks which is NOT true. The council has used this as an excuse to ignore the residents and TRA’s suggestions to overcome the problem, refused to reply to emails and then paid someone again by wasting public money to put the new bricks back in place.

By putting those bricks back they directly encourage non residents to loiter in that area again and make the residents’ lives a misery.

Why does Camden Council support ASB (loitering, parties in private space, etc) by taking these actions?

What are Camden Council’s motives?

The works must have been deliberately scheduled for the weekend without informing anyone (Bronagh, Jonathan, TRA, Residents) because council knew very well that residents will not be able to contact any officers during the weekend. This was done with a clear intention to pre-emptive the residents and the elected representatives. If that was not done deliberately then there is only one explanation. There is no communication inside the council and its inefficiency with public money is a serious issue. Those contractors were paid weekend rates for those jobs!

At 12:46pm, the chairman of the TRA has spoken with the contractors (see video here) and found out that they have been instructed to install the bricks but they were reluctant to even say what they will do exactly even when the chairman had identified himself.

The council has deliberately ignored all the emails and the TRA’s suggestions BUT they managed to arrange for the contractors to come and do the job, order the bricks and schedule everything in a such convenient time so the residents will not have time to complaint. Even when we met Bronagh Todd last week there was not mentioned about today’s works even after we talked about it for 30 minutes.

Everything started in July 2021, Curnock Street TRA in conjunction with the council has agreed to strategically put some plants at the area between The Marr and Goldthorpe in order to reduce the Anti Social Behaviour inside the estate.

Since then, the works have been delayed for months and months until eventually the council placed the order for the plants a couple of weeks after the deadline for the planting season. Then the works started and stopped suddenly when the contractors claimed that they found concrete underneath the bricks. This as you can see from the photo above is not true.

Since then, the Curnock Street TRA and the residents have been trying to communicate with the council in order to find alternative options to complete the project but the council has ignored everyone.

We understand that the Curnock Street TRA has requested updates on the following dates without any response:

The emails were sent to the following people:

The chairman of the Curnock Street TRA has even met Bronagh Todd on the 17th January 2022 on the estate and they have discussed the alternative options which were suggested to all the above people on the 16th December 2021. See an extract from TRA’s email:

Based on Lavinia’s email below, could we try one of the following? 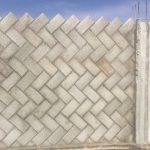 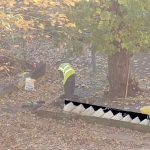 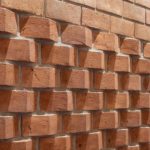