Yesterday we launched an official complaint against Veolia and especially Vincent Liuzzi for not following the agreed route for emptying the bins as well for lying to us. Vincent claims that Veolia has changed the procedures for the safety and health of their crew. He never communicated that to anyone such as Caretakers, caretakers’ supervisors or even the Curnock Street TRA representatives.

You shown him with videos that some crew follows the procedures and some don’t.

It clearly shows that they are following their procedures as and when they want to.

Today Veolia emptied the recycling bins. Their vehicle was parked on Pratt Street and the Veolia guy had to push the bin three times the normal distance. Why did he do that if there are procedures in place for his safety and health? 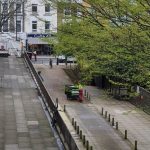 On the photo below you can see the BLUE route which is the agreed route, the RED route which the residents oppose and the BLACK route is the one that Veolia used today to empty the recycling bins. Which one is shorter? 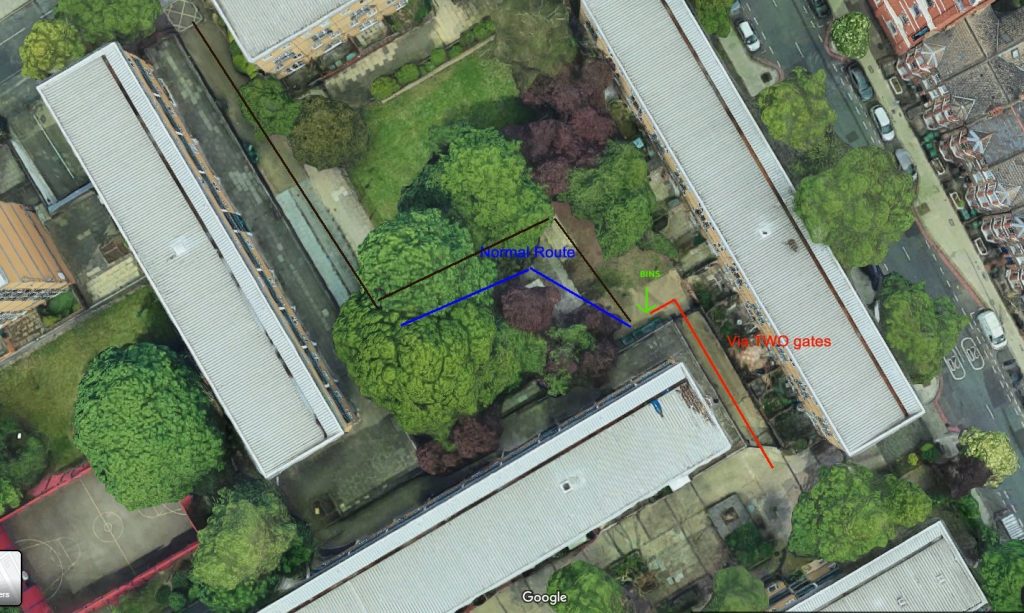 So Veolia can follow the rules and agreements as and when they want in total disrespect for the residents and their safety. The main issue with the RED route is that Veolia does leave the gates open which allows the drug dealers to abuse the area.